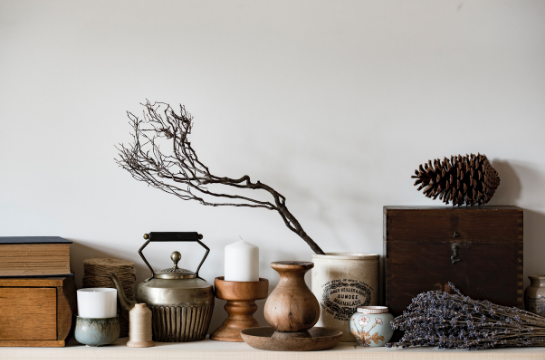 Like so many people, I breathed a sigh of relief at the stroke of midnight on Jan 1, 2021, eager to close out 2020 and welcome fresh possibilities with the dawn of a new year.

Barely eight hours later, the universe reminded me that I am not actually in control of what the new year has in store when I logged on to my computer and was greeted with a blank, slightly undulating screen. Hard drive failure.

On January 2, I spent the afternoon at Micro Center buying a new computer and retrieving and transferring my data to the new device. It was a major pain in the neck.

I returned home, feeling cranky and out of sorts, grousing about all the catch-up work I had to do, with a busy week looming ahead. I set up the computer and started to type. At that moment, the stress and frustration melted away, replaced by the realization that my trusty old computer giving up the ghost was a stroke of luck.

I smiled as I remembered the Fable of the Horse.

In the story, a farmer’s horse runs away. His neighbors come to commiserate with him. “Bad luck!” they say. The farmer responds, “Maybe. We’ll see.”

The next day, the horse returns, bringing 20 wild horses with him. “What luck!” the neighbors say. And the farmer replies, “Maybe. We’ll see.”

A few days later, the farmer’s son breaks his leg while trying to ride one of the wild horses and isn’t able to help tend the fields. “Bad luck!” the neighbors say, to which the farmer responds, “Maybe. We’ll see.”

The following day the king’s soldiers come to draft all the young men in the village to fight in a great war. The farmer’s son is spared, due to his broken leg. “What luck!” the neighbors all say, and, of course, the farmer responds, “Maybe. We’ll see.”

Obviously, the point of the story is that most situations in life are neither all good nor all bad but contain both positive and negative aspects.

I realized that the frustration and hassle of my old computer breaking down, though aggravating and inconvenient, afforded me some distinct benefits, among them:

With the fable in mind, I decided to apply a little hindsight to 2020. I pulled out my calendar and looked over the days and months of the last year, a pandemic year, in which life was chaotic and upside down. I made a list of the major accomplishments during this time and was surprised by what I had written. Interesting! Of the twelve items on the list, only three were on my plan at the start of 2020. The other nine achievements were born out of opportunity created by the pandemic.

For almost everyone, the trials of 2020 can turn to opportunity if you are willing to change perspective. Even if you count 2020 as one of the worst years of your life (as many people do) there are still positive changes – even small ones – that have opened up opportunities or given us something to be grateful for.

As you consider the year ahead, it is worth taking stock of the year behind. Why not review the events of 2020 and find some positive aspects? They don’t have to be monumental, like starting a new job or fitness routine. It could be something like: I miss going to restaurants, but I became a better cook and am eating healthier food I make at home. Or, I became more efficient at managing my business by meeting via zoom rather than face-to-face.

Applying this kind of thinking will help you take advantage of the hidden gifts of a chaotic year.

Getting REAL With Jennifer Mallory and Mental Fitness

How to Uncover Hidden Gold In LinkedIn Connection Requests

How You Can Get Connected and How Valuable Community Is

Use Your Soft Skills To Communicate Effectively

How to lose the COVID 19